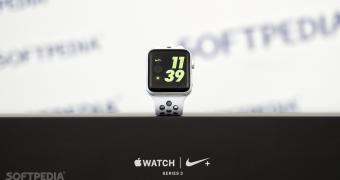 And if you’re wondering why, it’s because the Apple Watch 3 still offers a pretty impressive price to feature lineup ratio, so the Cupertino-based tech giant has no reason to pull this model as long as it allows customers to join its ecosystem at a lower price as compared to new-gen models.

But on the other hand, the Apple Watch Series 3 comes with a problem that’s harder and harder to deal with.

The software updates that Apple releases on a regular basis have become a nightmare to install on the Apple Watch 3, pretty much because there’s not enough space to do it. So watchOS keeps requesting users to delete media and apps from their devices before installing a new software update, and most often than not, this doesn’t make any difference anyway.