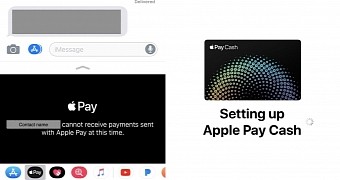 Apple has internally started testing the so-called Apple Pay Cash, a service that the company first announced at WWDC earlier this year, but which still doesn’t have an ETA.

Basically, with Apple Pay Cash iPhone users would be allowed to make person-to-person payments via iMessage similar to the likes of Square Cash and Venmo.

Apple promised to make Pay Cash available without any fee for debit cards, but with a 3 percent fee for credit cards, allowing users who receive the payment cards on iMessage to either transfer the funds to their bank accounts or use them with Apple Pay for other purchases or directly in retail stores.

Even though Cupertino hasn’t said a thing about the release date, it was originally believed that the end of the year was the most likely target. And according to MacRumors, Apple appears to be sticking with this ETA, with the company currently running in… (read more)