Apple Store Down Ahead of iPhone X Pre-Order Kickoff 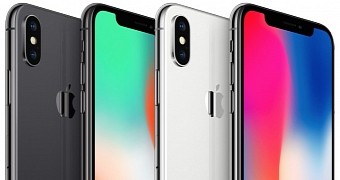 Apple is getting ready to officially kick off the pre-order program for the iPhone X, so it took the Apple Store down as per the company’s typical approach when new products are launched.

iPhone X pre-orders will begin at 12:01 AM PT, which means the Apple Online Store should be back up in just a few hours, though we’ve heard concerns that due to the high demand for the new model some slowdowns are expected shortly after the launch.

The iPhone X is without a doubt the biggest iPhone release in a long time, especially given the overhaul that Apple has implemented on its 10th anniversary model.

The iPhone X comes with an edge-to-edge bezel-less OLED display, a substantial upgrade from the existing LCD screen that’s being used on the other iPhone models on the market. This is one of the reasons Apple is launching the iPhone X later than the iPhone 8 and iPhone 8 Plus, as people close to the mat… (read more)