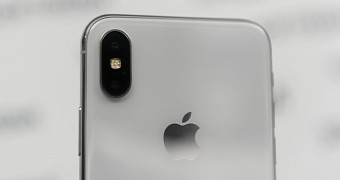 Rumor has it that Apple would launch a total of three iPhone models next year and all of them could feature Face ID facial recognition. And while all of this is still in the speculation stage, an Apple supplier has just dropped a big hint that this is very likely to be the case.

Finisar, which makes vertical cavity surface emitting lasers (VCSEL), which power the dot projector that Apple users on the iPhone X facial recognition system, has purchased a 700,000 square foot production facility that should begin manufacturing in the second half of 2018.

Located in Sherman, Texas, the plant is believed to be the result of Apple granting final qualification to the company, which means that Finisar can greatly expand production and supply more parts for future iPhone models.