Home » iOS News » Apple to Have Only 4 Million iPhone 8 Units at Launch, Blame Samsung for It

Apple to Have Only 4 Million iPhone 8 Units at Launch, Blame Samsung for It 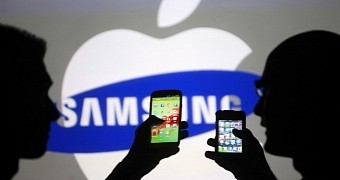 Apple is expected to take the wraps off the iPhone 8 in September, and it turns out that only a few lucky customers will have the chance of buying one.

Due to slow manufacturing speed of OLED displays, Apple will ready only a maximum of 4 million iPhones by September, according to a report from Digitimes, as always citing sources close to the matter.

In other words, Samsung, which is the only manufacturer in charge of building OLED screens for the anniversary iPhone, can’t align production with the estimated demand, so in September when the device finally launches, stocks will be extremely limited.

Apple originally planned to sell up to 60 million OLED iPhones this year alone, but given the production issues that Samsung is experiencing right now, this is very unlikely to happen. The figure can go up to 10 to 15 million, if production is accelerated in the remaining months, but it’s very clear that th… (read more)