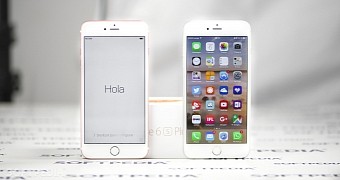 ​If you’re a long-time Apple watcher, you probably heard that headline before, but here’s something which, according to a new report, is all but confirmed.

We’ve known for a while that Apple is working on three different iPhones for the 2017 generation, and while the first two are likely to come with the same dimensions as the existing models, the third has been pretty much an enigma for all of us.

Digitimes, however, claims that Taiwan-based supply chain makers are already aware of Apple’s plans to build a third model with a 5.8-inch display that would be manufactured by Samsung. This particular model is expected to boast an OLED panel, just like we’ve heard before, and feature a new form factor, possibly without bezels and a Home button.

It goes without saying that we should all take this report with a pinch of salt, but the same source says that Apple will stick with LCD panels for the other two mo… (read more)