Apple to Launch a New iPhone Mini in October 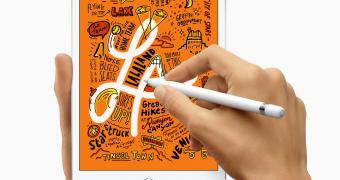 Apple is projected to take the wraps off the new-generation iPhone in just a few hours, but earlier this week, sources have indicated this wouldn’t be the only hardware event prepared by the Cupertino-based tech giant for this fall.

This is because a second event will take place in October, and this time, there’s a good chance the company would take the wraps off new Macs and iPads.

So in theory, today’s event will only witness the debut of the iPhone 13 and the Apple Watch Series 7, whereas the October venue will be used for the introduction of new iPads and Macs.

According to a report from Gizmodo, one of the devices to see the daylight next month is an iPad mini with an 8.38-inch screen.

This is based on a listing on Amazon Japan for an Elecom glass screen protector for what was described as an all-screen 8.38-inch iPad, so th… (read more)