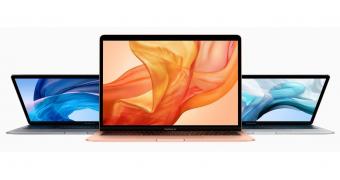 2020 is going to be one busy year for Apple, as the company is already planning several key product launches next year.

First of all, it’s the all-new iPhone generation that’s projected to see daylight in September with OLED screens and 5G support. Then, it’s the iPhone SE 2, which according to analysts should see daylight as soon as March.

Upgrades for the Apple Watch are also expected after the subtle refinements in the Series 5, and by the looks of things, major changes on the laptop front are also planned.

Ming-Chi Kuo, who is an analyst with an excellent reputation in the Apple business, says the Cupertino-based tech giant is also planning to unveil a new MacBook model either in late second quarter or in early third quarter 2020.

The biggest upgrade on this new MacBook, in addition to the hardware used under the … (read more)