Apple to Make iPhone X a Monster with Six-Core Processor 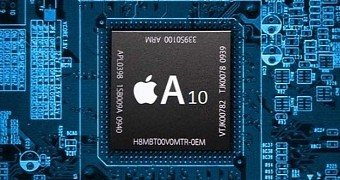 It’s all but confirmed right now: the anniversary iPhone model launching this year will be called iPhone X, and according to leaks, it’ll come with a major performance boost thanks to the A11 Fusion chip.

While the iPhone 7 and 7 Plus are powered by the A10 Fusion processor with two high-performance cores and two high-efficiency cores, the iPhone X will be upgraded to six different cores in 4+2 configuration, which means it’ll have 4 high-performance units and 2 others running at reduced speed and in charge of less demanding tasks for improved battery life.

At this point, the clock speed of the processors is not yet known, but it’s pretty clear that Apple is aiming for a major performance upgrade, with the iPhone X to become a true workhorse in terms of processor speed.

The iPad Pro, for instance, which is currently the most powerful iOS device on the market, is powered by the A10X chip, which features a 3+3 configuration. In other words, the upcoming iPhone X wil… (read more)