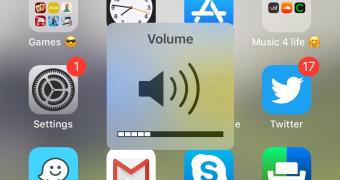 Like every other major update, iOS 13 is projected to bring only a handful of new features, but several other smaller refinements, and a new rumor provides us with an early look at one such improvement.

Max Weinbach of XDA claims that Apple wants to ditch its several-years-old volume HUD in iOS 13, most likely in exchange for a more subtle volume controller similar to the one on Android.

Details aren’t available right now, but it looks like the Cupertino-based tech giant has finally decided to listen to criticism, as this has long been one of the features that iPhone users called for Apple to change.

While we still don’t know how Apple plans to refine the volume controller, there’s no way it gets worse, as it’s not only outdated but also ugly and against the concept of modern design.