Home » iOS News » Apple to Replace Lightning with USB-C on iPad, Use Ceramic on All Apple Watches

Apple to Replace Lightning with USB-C on iPad, Use Ceramic on All Apple Watches 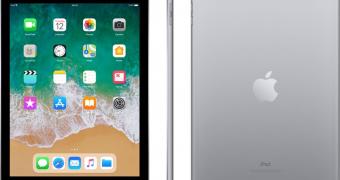 While all eyes are on the new iPhones projected to launch this week, here’s top-rated Apple analyst Ming-Chi Kuo with a new scoop on future products.

Kuo says that one of the biggest changes that Apple will make on its product lineup will be giving up on the Lightning connector for USB-C on the iPad Pro.

This is without a doubt a major change given Apple’s recent investments in Lightning, and it may hint at similar plans that could be embraced on the iPhone too.

As a reminder, Apple may be facing legal issue in Europe after the company failed to comply with EU requirements on adopting a universal charger model for the iPhone, and moving to USB-C could be a way to comply with regulations.

The analyst says the upcoming iPad Pro will ship not only with USB-C, but also with a new 18W adapter allowing for faster charging. The adapter has already been spotted online… (read more)