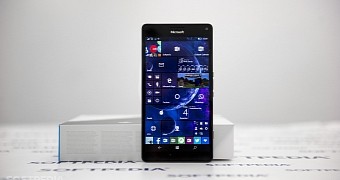 Apple is expected to take the wraps off a new iPhone model later today, and while this is an exciting moment for both the company and its users, there are signs that Cupertino is planning an even bigger overhaul of the device in the coming years.

People with knowledge of the matter have previously hinted that the 2017 iPhone could be one of the most important makeovers of the device since its launch and could include not only a completely new glass-made design but also features that have never been part of Apple’s lineup.

Eye recognition sensors, which are already available on smartphones such as the Samsung Galaxy Note 7 and Microsoft Lumia 950 XL, could make their debut on the 2017 iPhone, according to rumors…. (read more)