Apple Wants Telegram to Shut Down Controversial Channels or Else 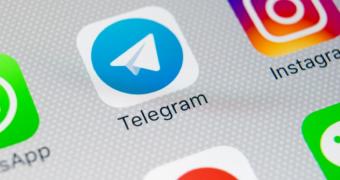 Apple has requested Telegram to shut down three different channels used by the people in Belarus, according to founder Pavel Durov, and the Cupertino-based tech giant has provided the service with no other option.

In other words, if Telegram doesn’t ban the three channels, the app would just get banned, Durov suggested, indicating that there’s a good chance his company would just comply with the request.

“Apple is requesting that we shut down 3 channels used by the people of Belarus to expose the identities of their oppressors,” Durov revealed recently. “Their concern is that publishing the personal information of law enforcers and propagandists may incite violence.”

Durov says that while Telegram would most likely shut down the three channels, the whole thing would only happen on iOS, which means that those on Android and other platforms will continue to be able to use them.

Channels would remain available on Android