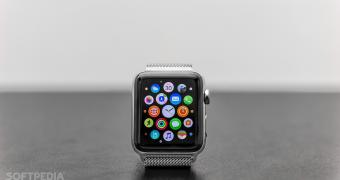 Apple Watch accounted for nearly half of all smartwatches sold last year, according to new data provided by Strategy Analytics.

Apple sold a total of 9.2 million devices in the fourth quarter of 2018, up from 7.8 million units in the same period of the year before. This brings the total 2018 count to no less than 22.5 million Apple Watches sold worldwide.

Fitbit, which is currently the runner-up, is far behind its Cupertino-based rival. The company sold just 2.3 million wearables in the fourth quarter of the year, while in 2018 overall, its shipments reached 5.5 million units.

Samsung is third with 2.4 million and 5.3 million units respectively, followed by Garmin and the rest of the industry.

However, while these number highlight Apple’s impressive performance in the wearables market last year, the company’s market share actually dropped last year from 60.4% to 50%. This happened mostly because of the growth experience by Fitbi… (read more)