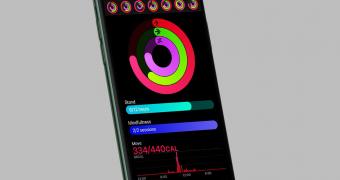 watchOS 7 is expected to be announced later this year, obviously with a handful of new features, but guessing the improvements at this point is pretty much impossible given Apple’s FBI-like secrecy.

A concept published online this week, however, proposes several significant improvements, including not only fitness enhancements, which kind of make sense given Apple Watch is evolving as an activity tracker, but also Android support and third-party faces.

The ideas shared by Matt Birchler include sleep tracking, a highly-anticipated feature, as well as customizable rings that users can set from a new Activity app.

Then, watchOS needs a web UI and data export support, which would open the door to several new features, including the option to import data in a separate app.

“If I want to download my data as a CSV and run my own analytics on it, I should be allowed! If I want to start using RunKeeper… (read more)