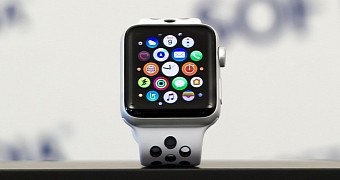 Sales of the Apple Watch set a new record last year, according to data provided by Canalys, thanks to a growth of no less than 54 percent versus 2016.

The newly-introduced Apple Watch Series 3 was the model that powered the growth, as this model alone accounted for nearly 9 million units shipped throughout the year.

Canalys says the Series 3 was responsible for nearly half of all Apple Watch sales in 2017, though stats show that the Series 2 and older models also sold well between January and December.

The fourth quarter of the year was the one that brought the biggest sales, growing 32% year-over-year to reach 8 million. The analyst firm says this is the best quarter not only for Apple, but for any other wearable manufacturer.

The strong performance of the Apple Watch helped Apple become the king of wearables, the company … (read more)