Apple Watch May Feature an Always-On Screen (At Some Point) 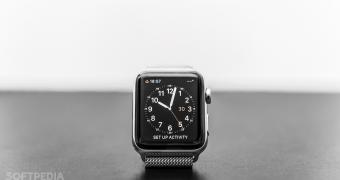 Apple will take the wraps off the new-generation Apple Watch Series 4 at the company’s press event on September 12, but it looks like the firm is already planning in advance a series of features.

One of them could be an always-on screen for the Apple Watch, which already exists on devices powered by WearOS or by Samsung’s Tizen, but missing from Apple’s device.

Even though it looks like such a feature has generated mixed reactions in the Apple customer base, with some people thinking it’s not necessary given the raise to wake feature of the Watch, there may be a chance that the Cupertino-based company is indeed developing it.