Apple Watch SE Is Here as the Most Affordable Apple Smartwatch 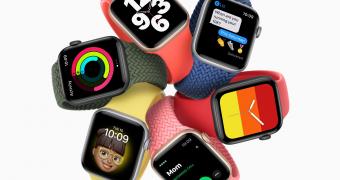 Apple today announced the Apple Watch SE, a new smartwatch model that’s essentially an old device in the body of a new-generation version.

The Apple Watch SE comes with the hardware of the Series 5, so it features the same processor, as well as a built-in compass. On the other hand, it boasts the same design as the Apple Watch Series 4 and newer, but this isn’t necessarily a surprise, as the same approach has been used for the Series 6 too.

Just like the rest of the models, the SE will be offered in 40mm and 44mm sizes, and Apple will sell both GPS and LTE configurations.