Apple Watch Series 6: What to Expect 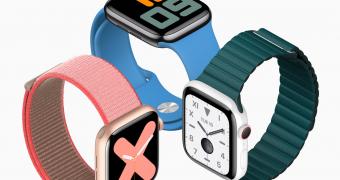 Apple will unveil a new Apple Watch model at its September 15 event, and according to people familiar with the matter, the company has prepared a bunch of surprises this time.

First of all, it’s worth noting that the Apple Watch will be the big star of the September event, as the new-generation iPhones wouldn’t see the daylight this month. Instead, Apple is planning a separate October event to announce the iPhone 12.

Apple Watch Series 6 will thus get a lot of stage time, and while Apple has tried to remain completely tight-lipped on this device, we already found out that some massive upgrades are coming this year.

For example, Apple plans to announce not one but two different Apple Watch models this year.

The first of them will be the new Series 6 that will be positioned as the premium option featuring the latest-generation hardware. The second will be a so-called Apple Watch SE whose purpose would be to make the device more affordable, coming w… (read more)