Apple Watch Series 7 to Go on Sale on October 15 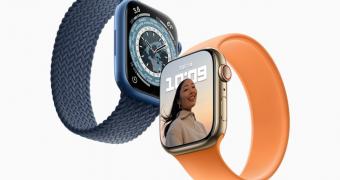 Apple is getting ready to start selling the Apple Watch Series 7, and after unveiling the device last month, the company will now kick off the pre-order program on October 8.

The first customers are projected to receive the new watch on October 15.

Available from $399, the Apple Watch Series 7 comes with a series of important improvements, though they’re not as important as the redesign the device was supposed to get.

Originally, it was expected the Apple Watch Series 7 to come with a major design refresh, as people familiar with the matter said the Cupertino-based tech giant was working on a look inspired from the one of the iPhone 12.

In other words, the Apple Watch was projected to give up on the curved edges and instead go for straight ones, though it seems Apple abandoned this idea at the very last minute due to what were believed to be production problems.