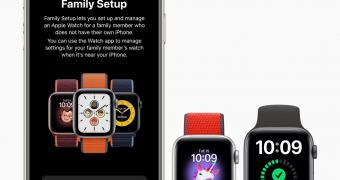 Apple has already announced an event for September 14, and needless to say, everybody expects the tech giant to announce the new iPhone 13 and the Apple Watch Series 7.

But as far as the latter is concerned, reports that made the headlines earlier this month indicated the company has been struggling with a series of production challenges caused by the new design that the watch is supposed to use.

More specifically, the Apple Watch is moving from the curved edges to flat sides similar to the ones on the iPhone 12, and apparently, this has caused quite a series of major problems for suppliers.

Top Apple analyst Ming-Chi Kuo said today that the new display assembly was the one that made the production of the new Apple Watch harder than before, with some units experiencing blinking issues and touch screen sensitivity errors. But the analyst says all of these have been resolved, and now Apple i… (read more)