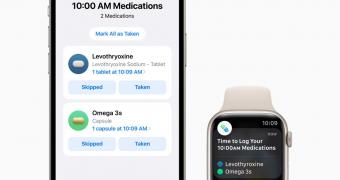 Apple has announced that watchOS 9, the next major operating system for the Apple Watch, will include a new feature that will make it possible for users to track their medications.

Furthermore, the feature will support vitamins and supplements, and needless to say, it’ll include settings to set up schedules and reminders.

Thanks to integration in the Health app, the new Medications feature will also include information on each medication.

Such capabilities have until now been missing from the Apple Watch, though on the iPhone, users could install one of the many apps that were available on the Apple Store.