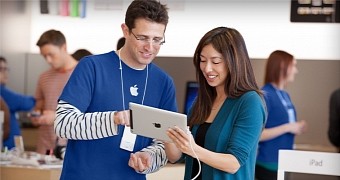 Four Apple employees from the company’s store in Carindale, Australia have been fired after complaints that they were involved in a group of workers taking close-up and explicit photos of female customers and then sharing them in a private chatroom.

According to reports, several members of the local Apple store staff took pictures of women without their knowledge and then posted them in a private chatroom to have them rated from 1 to 10 depending on subjects’ bodies.