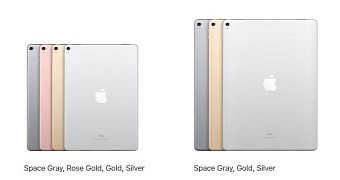 A new report making the rounds right now claims that Apple plans to launch the new iPad Pro in early 2018 with the A11X chip, though there are some details that don’t seem to make sense just yet.

While it’s not too hard to guess that the next iPad Pro will debut with a chip called A11X given that the tablet typically launches with an improved version of the processor used on the most recent iPhone generation (the iPhone X comes with an A11 Bionic chip), Chinese site MyDrivers says Apple is targeting a late Q1 or early Q2 launch for the device.

The same source claims the upcoming iPad Pro’s chip could feature a 7nm design, which is highly unlikely given that the existing A11 Bionic chip on the latest-generation iPhones are manufactured with a 10nm process.