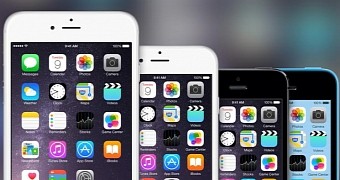 Apple revealed its FY17 Q3 financial results earlier today, revealing that iPhone sales declined from the previous quarter, but increased as compared to the same quarter the year before.

And while revenue, profit, and iPhone sales dropped from Q2, Apple’s CEO Tim Cook acknowledged in an interview with the Wall Street Journal that its flagship device indeed struggled, but suggested the company expects to recover in the next quarter, mostly thanks to new devices.

“We’ve got some momentum. A lot of things we’ve been working on a long time are beginning to show in the results,” Tim Cook was quoted as saying. “We believe there is a pause, but that probably bodes well for the future.”