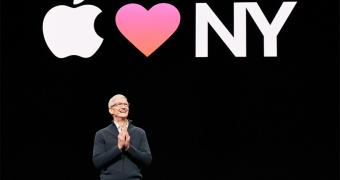 Apple is one of the companies investing big in AR, and according to people familiar with the matter, the firm is already working on a mixed-reality headset that could see the daylight as soon as the next year.

And at the same time, it’s believed the Cupertino-based tech giant is also working on new AR glasses, but the launch this time wouldn’t happen earlier than 2025.

And yet, Apple is already planning in advance, and in an interview with Kara Swisher, Cook explained that AR is likely to become a key part of everybody’s future, and of course, he wants AR to be part of Apple’s future too.

Cook hasn’t shared any specifics as to how Apple sees AR making its way to its portfolio of products, but the CEO emphasized there’s a chance the adoption of AR could take off in some industry sectors.

“Well, I can’t talk about anything that we may or may not have in the pipeline. But in terms of AR, the promise of AR is that you and I are … (read more)