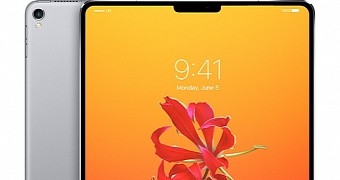 iHelpBR’s Filipe Espósito revealed earlier on Twitter (via MacRumors) a reference to a “Modern iPad” in Apple’s latest iOS 11.3 firmware update, which could mean the company is planning to release a new iPad model soon.

Apple is reportedly planning to release another iPad Pro tablet later in the year, according to Bloomberg’s Mark Gurman, and Filipe Espósito’s discovery may be the first of many to point to Apple’s next-generation tablet, which could feature slimmer bezels and Face ID functionality similar to that of the iPhone X.

When it unveiled the iPhone X, Apple said it would pave the way to new generation of iPhone and iPad devices, maybe even Macs too, and the biggest new technology the Cupertino-based company implemented in the … (read more)