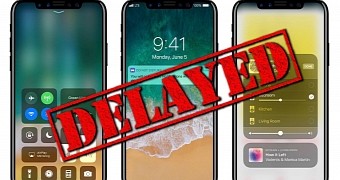 Apple will introduce its new iPhone lineup next week during a September 12 press conference, but several sources, citing different people with knowledge of the matter, indicate that the anniversary model, presumably called iPhone 8, iPhone X, or iPhone Edition, will be delayed.

While a confirmation from Apple doesn’t obviously exist, several different reliable sources pointing to an iPhone 8 delay is living proof that the anniversary iPhone is very unlikely to become available together with the iPhone 7s and 7s Plus, whose production is reportedly on track.

After the Wall Street Journal reported earlier today that the iPhone 8 would be delayed because of production glitches, TechCrunch reveals via “trusted sources” that cannot … (read more)