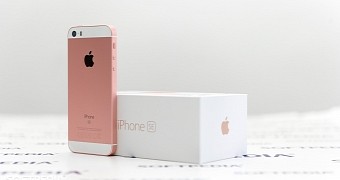 Apple launched a surprising 4-inch iPhone SE last year, mostly in an attempt to convince users holding on to their iPhone 4 and 5 to upgrade to new-generation hardware and software, but this doesn’t necessarily mean that its new device was a hit.

In fact, it’s exactly the opposite, as statistics offered by the Consumer Intelligence Research Partners (CIRP) via 9to5mac reveal that Apple’s bigger iPhones have nearly killed off small models.

Right now, there are 141 million iPhones being used in the United States, the report shows, up from 136 million units the previous quarter. Out of all these iPhones, no less than 48 million of them, or 34 percent, are iPhone 7 and iPhone 7 Plus, while the iPhone 6s and 6s Plus account for 47 million units.