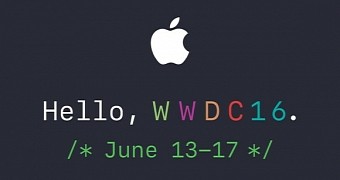 Earlier today, Apple has sent members of the press invites to the keynote of its upcoming Worldwide Developers Conference event, thus revealing that WWDC 2016 will kick off on June 13 at 10 a.m. PT (5 p.m. GMT).

WWDC is Apple’s main event for its ever-growing developer community, and this year it should be the most exciting of them all. This is because the Cupertino company will unveil the upcoming features that should be implemented later this year in its new iOS, Mac OS X, tvOS, and watchOS operating systems.

Here’s what to expect from WWDC this year… (read more)