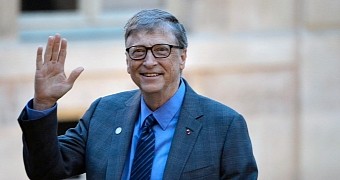 Microsoft’s co-founder Bill Gates suggests that Apple bundling a backdoor into the iPhone isn’t necessarily a bad idea, explaining in a recent interview that tech companies might be on thin ice in the dispute they’re currently involved in against the United States government.

The FBI is a big advocate of backdoors in mobile devices, but Apple and a series of companies have opposed such proposals, claiming that eventually, everyone’s security would be at risk.

Bill Gates, however, thinks that technology companies that refuse government’s proposal play a risky game because they could eventually be forced to comply one way or another, particularly pointing the finger at Apple after it said no to a request to unlock an iPhone used by one of the San Bernardino terrorists in late 2015.

“The companies need to be careful that they’re not… advocating things that would prevent government from being able to, under appropriate review, perform the type of functions that we’v… (read more)