Concept Envisions a Foldable iPhone That Becomes an iPad 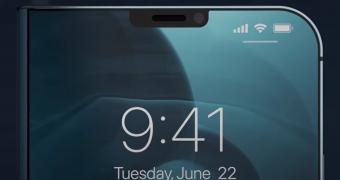 Foldable phones are the next big thing in the mobile industry, and while tech giants like Samsung have already launched such products, Apple is yet to update the iPhone with this innovative approach.

On the other hand, people familiar with the matter say Apple is already working on a foldable iPhone, with some sources claiming the launch could happen as soon as this year.

While it’s more likely we’ll see a foldable smartphone from Apple next year, a concept created by Svyatoslav Alexandrov for ConceptsiPhone envisions this highly anticipated design with an approach that perfectly makes sense for the Apple ecosystem.

It’s a foldable iPhone that turns into an iPad, something which sounds totally doable especially given the two already share much of the operating system powering them anyway.

An iPhone that doubles as an iPad

And it’s easy to see how the transition would take place. With a 6.3-inch main display when folded, the iPhone would be just … (read more)