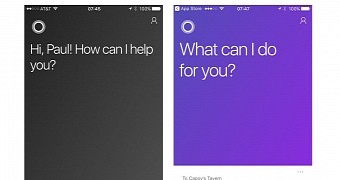 Great news for iPhone users, especially those who prefer Cortana over Siri, as Microsoft has just released a new version of its personal digital assistant. Cortana 2.0 brings an entirely new UX, increased performance, as well as lots of UI tweaks.

Cortana 2.0 has already been released on Android three months ago, but iOS users have been skipped from the initial launch, Thurrott points out. If you didn’t know that, then you’ll be pleased to know the new version of Cortana features a redesigned user experience, as well as new features.

A new UX that’s been described by Microsoft as “a fresh new look with an improved user experience,” is now available to those using Cortana 2.0. The new look consists of a brand new purple UI, whic… (read more)