Home » iOS News » Don’t Get Too Excited About the Apple Car, Launch Could Happen in 2028

Don’t Get Too Excited About the Apple Car, Launch Could Happen in 2028 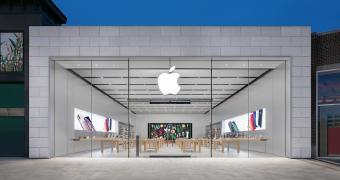 Apple Car is the new hot thing in the tech world, with reports making the headlines lately indicating the vehicle could see daylight as soon as 2024.

But according to Apple analyst Ming-Chi Kuo, the market is just too bullish about the Apple Car, and the launch could actually happen in 2028 or even later.

In an investor note seen by 9to5mac, Kuo explains that the earliest the Apple Car could see daylight is 2025 but he wouldn’t be surprised if the unveiling is pushed back to 2028 or later.

What’s worse for Apple fans who hoped they would be able to buy the car as soon as possible is Kuo saying the vehicle could hit the shelves between 2025 and 2027 if everything goes well. In other words, if Apple encounters even the smallest problem during the planning phase, the project could be pushed back and we might have to wait even longer for the vehicle.