Evidence Shows New 4-Inch iPhone Is Just Around the Corner 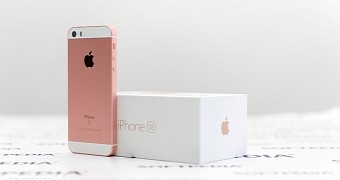 The second-generation iPhone SE was expected to launch in the first half of 2018, and now new evidence seems to indicate that this new model is just around the corner.

While Apple has remained completely tight-lipped on the new model, the Eurasian Economic Commission (EEC) is now listing new iPhones that are believed to be part of the revamped iPhone SE lineup.

EEC regulatory fillings typically display new models one or two months ahead of their launch, as noted by CultofMac, which means that there’s a chance the debut could take place in May or in June.

On the other hand, it makes sense for Apple to take the wraps off the new iPhone SE at the WWDC event in early June, and today’s findings seem to indicate this could really be the case.