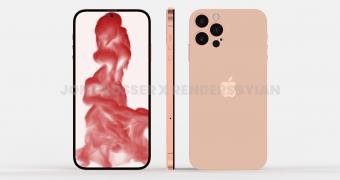 The iPhone 13 is just around the corner, but a set of renders that made the headlines earlier this week and allegedly showing the upcoming iPhone 14 is generating a lot of buzz on the WWW.

And it’s all because these photos preview plenty of big changes coming on the iPhone, including the removal of the infamous notch.

Introduced in 2017 on the iPhone X, the notch has always been a controversial feature, despite most people eventually getting used to it. However, Apple has been looking into ways to get rid of it ever since, and this year, for example, the notch could be smaller on the new-generation iPhone.

But in 2022, the iPhone 14 could come with a design change that many people are waiting for: the notch could be removed completely, with Apple to stick with a separate approach whose specifics aren’t clear just yet.