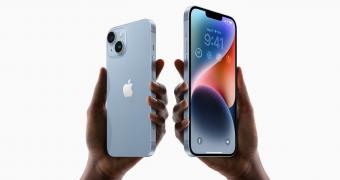 Apple’s new-generation iPhones are now available for pre-order, with the first units to start shipping on September 16 in the majority of countries.

The lineup comprises four different models, namely the standard 6.1-inch iPhone 14, the all-new iPhone 14 Plus with a 6.7-inch display, as well as the two Pro models whose screen size hasn’t changed from the previous generation.

While many believed the iPhone 14 Plus would be a hit, pretty much because it offers the benefits of a cheaper iPhone with a larger screen, it looks like few people are actually interested in getting one.

At least, this is what analyst Ming-Chi Kuo claims based on pre-order data from China, as the iPhone 14 Plus accounts for less than 5 percent of all pre-orders in the country.

Big bet on the Pro models

In other words, the Pro and the Pro Max are the stars of the show this year, and this isn’t necessarily surprising given the two models typically bring home the bacon.