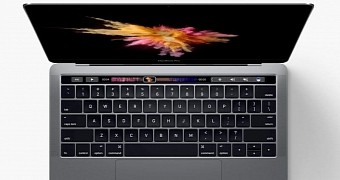 Apple launched the new MacBook Pro generation with much fanfare last year, and the Touch Bar available on the high-end configurations was highly praised by the company on several occasions.

But as it turns out, the Touch Bar isn’t the breaking feature that Apple hoped it to be, with a growing of customers rather unimpressed and ready to opt for a MacBook Pro version sans it should that mean a smaller price tag.

Former Apple employee Chuq Von Rospach explained in a blog post that what Apple does right now is force users to live with the Touch Bar, a feature that many don’t even need and like, if they purchase the top MacBook Pro configuration. The highest-end MacBook Pro is not available without the Touch Bar and it goes without saying that Apple is charging extra just for this feature.

Not missing the Touch Bar at all