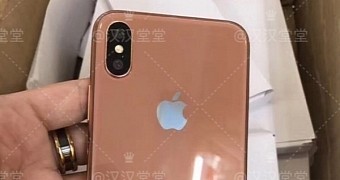 The closer we get to the official launch of the iPhone 8, the more information reaches the web, and today we have something that comes on a little bit more official channel.

Foxconn vice-president Luo Zhongsheng posted on social networking site Weibo that the upcoming iPhone 8 won’t be cheap, citing the OLED displays as the main reason (the post has since been removed, probably due to concerns that it’d make the headlines).

Zhongsheng explained the yield of OLED panels with a special design is only 60 percent, pointing out that manufacturing costs are substantially higher in this case than for a display with a standard shape. This means Apple will pay more for its displays, which in turn translates to a bigger final price for the iPhone 8.

Specifics were not provided, but previous forecasts from analysts estimated the iPhone 8 could cost somewhere in the region of $1,200, once again with the OLED display to … (read more)