Gmail Finally Updated with a Useful Widget on iPhone 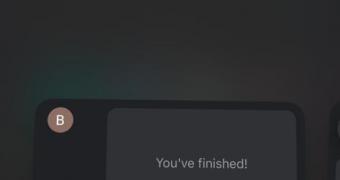 Widgets were in theory a pretty cool addition to the feature arsenal of a modern iPhone, though, on the other hand, the way they are developed leaves a lot to be desired.

And it’s all because widgets aren’t supposed to be dynamic and allow for any kind of interaction, which means that whatever you see on the screen requires you to launch the full app before doing anything.

To better understand what this means, just think of Spotify. In theory, a Spotify widget should be able to display the playing song as well as the playback controls to pause or skip to the next tune. However, because of the typical Apple limitations, tapping the Spotify widget actually launches the full app, so you’re not getting any kind of playback control.

Gmail is one of the apps that already support widgets on iPhone, though the latest version of the app finally brings a version that’s actually useful.