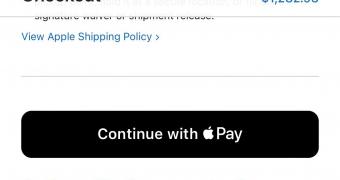 Apple’s upcoming iOS 16 is slowly but surely turning out to be one of the biggest software updates in a long time, and in addition to many other improvements, it looks like the new version will also include good news for third-party browser users.

Beginning with iOS 16, users may be allowed to pay with Apple Pay even if they’re not using Safari when browsing the web.

Google Chrome, Microsoft Edge, Firefox, and other browsers could all be supported by Apple Pay, as Apple is working on bringing the integration to more than just Safari.

The change has already been introduced in iOS 16 beta 4, and it was discovered by MacRumors, with a test showing the Apple Pay confirmation prompt in Microsoft Edge.

Apple is yet to come up with an official announcement on this front, but the new feature makes perfect sense, especially as iOS now allows users to enable a different browser as the default option on… (read more)