Google Could Pay More to Power the iOS 15 Search Features 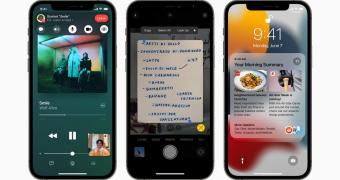 Google and Apple have been working together on powering the search capabilities on iPhones for nearly a decade, and each year, the Mountain View-based search giant is paying its Cupertino-based rival quite a small fortune as part of this collaboration.

Bernstein analyst Toni Sacconaghi believes there a chance that Google could end up paying more in the next few years, with the figure to almost double in 2022.

Last year, for example, Google most likely paid approximately $10 billion to be the default search engine on iPhones, the analyst says based on an analysis of Google’s TAC (traffic acquisition costs) and Apple’s public filings.

But this year, the search giant is likely to spend no less than $15 billion for the whole thing, while in 2022, the company could end up giving Apple some $20 billion as part of the deal.

However, working together in the long term becomes harder and harder for Apple and Google, the analyst sa… (read more)