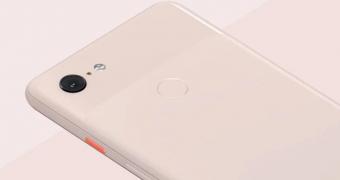 Google has started a new advertising campaign for the Pixel 3 called “Unswitchables,” and the company’s main purpose is to show users that it’s actually easy to give up on an iPhone and move to its new phone.

Despite Google not mentioning Apple or iPhone even once, it’s pretty clear that the goal is to encourage more iPhone users to make the jump.

One of the ads also shows Google’s very own data migration tool from iOS to Android, and all three are based on motives that define the Apple brand overall.

Most “switchers” who eventually give up on their phones for a Pixel 3 claim they didn’t consider getting a model because they were too busy, too committed to messaging platforms like iMessage, or just too comfortable with iOS.

In all three cases, which are highlighted in super-long videos that are utterly boring and often awkward, these users obviously end up switching to the Pixel 3 after discovering its feature arsenal, including the camera.