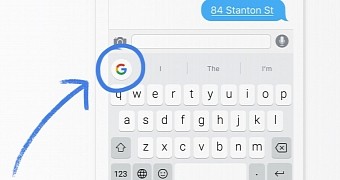 Google announced today that it brought a major update to its Gboard application on iOS, one that brings 15 additional languages, Google Doodles, new emoji and the highly anticipated voice typing feature.

Google has also increased support for emojis, Gboard now uses the whole spectrum of emojis from iOS 10. The new update brings doodles to the Gboard. Google uses these animations to mark important holidays and anniversaries. If a Doodle is avail… (read more)