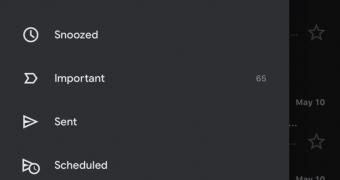 Apple rolled out a dark mode on iPhones with the release of iOS 13, so all developers had to do was update their apps to align with the new look of the operating system.

As one of the largest mobile app developers in the world, and also the maker of some super-popular apps on iPhones, Google wasn’t very keen on doing this, and this is why apps like Gmail have long been offered on iOS without a dark mode.

Needless to say, this was something that for many was pretty frustrating, especially since everything else was already using a dark mode. And because Gmail is an app that you can’t live without, many had no other choice than to just stick with the light standard mode that has been around for so long.

So here’s the breaking news of the year: Google has finally rolled out dark mode in Gmail on iOS, albeit by the looks of things, this only happens for some. I, for one, am still not getting the dark mode on my i… (read more)