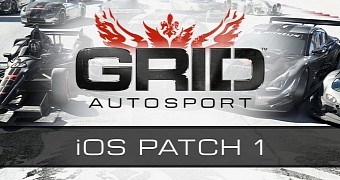 Feral Interactive released today the first patch to its iOS port for the GRID Autosport racing game to fix some gameplay issues for Apple’s 10th anniversary iPhone, the iPhone X.

GRID Autosport was released for iOS by Feral Interactive last month on November 27, bringing one of the most acclaimed racing games to iPhone and iPad users. The game comes with 100 cars and 100 circuits, and it now received its first patch to address some performance issues with iPhone X devices.

“If you’re lucky enough to own the iPhone X and GRID Autosport, then update your game now for suped-up performance,” wrote Feral Interactive today on Twitter.” This update fixes a reported performance issue on iPhone X, where the phone heats up and the framerate of the game is reduced.”

In addition to the iPhone X performance optimizations, Feral Interactive fixed a bug that might have caused the game to crash when the device language was set to Brazilian Portuguese, a rare issue that would cut … (read more)