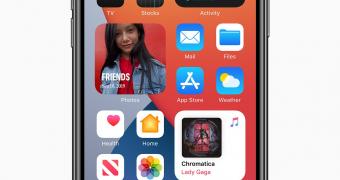 Apple’s upcoming iOS 14 software update for iPhones will come not only with widgets, picture in picture, and so many other features, but also with a surprising change under the hood.

iOS 14 will finally allow users to change some of the default apps, something that’s totally surprising given Apple’s already famous walled garden.

Apple is known as a super-restrictive company that doesn’t allow users to heavily customize iOS, but now it looks like it’s trying to adopt a slightly different approach that would even enable the changing of the default apps on the operating system.

But in typical Apple fashion, iOS 14 won’t just lift these restrictions for all apps, but only for some, such as browsers and mail apps.

In other words, you’ll be able to replace Safari with whatever browser you like, such as Google Chrome, Firefox, or even Microsoft Edge. Without a doubt, Google is the big winner here, as the adoption of Chro… (read more)