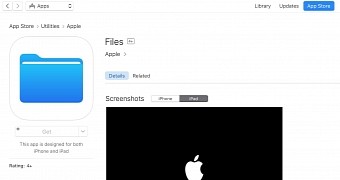 You probably didn’t see this coming, but Apple might finally bring a file manager on iOS, according to a new placeholder in the App Store that was spotted earlier today.

File managers have been around for so long on rival platform Android, but Apple not only that isn’t offering such an app on iOS, but it’s also blocking third-party solutions from access restricted areas of the operating system, citing security as the main reason.

As a result, iPhone users have been blocked from saving anything else than photos and videos on their devices, though some apps created a sandbox where additional files like documents could also be stored, but only available through the respective app.

Not the same freedom as on Android though

Starting with iOS 11, however, Apple might finally lift a few restrictions in the operating system and the Files app could be the file manager that provides user… (read more)