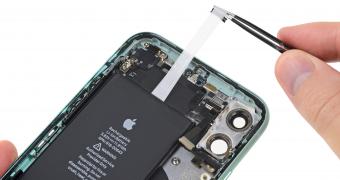 The European Union is looking into a new set of rules that could essentially force phone manufacturers to bring back removable batteries in a way that would allow users to replace a dead battery at home.

The idea is part of a draft whose purpose is to reduce e-waste, and according to Dutch site Het Financieele Dagblad, which is supposed to be announced in mid-March by Frans Timmermans, leader of the EU Commission’s European Green Deal project.

According to the new regulations, device manufacturers, including phone makers like Samsung and Apple, would have to change the design of their handhelds in such a way that replacing a degraded battery would be possible much easier.

The whole plan is to reduce e-waste, as the EU believes that someone who’s able to replace the battery on their own would use a smartphone for a longer per… (read more)