Home » iOS News » How to Opt Out of iOS Beta Updates and Reinstall iOS 10.2.1 on Your iPhone/iPad

How to Opt Out of iOS Beta Updates and Reinstall iOS 10.2.1 on Your iPhone/iPad 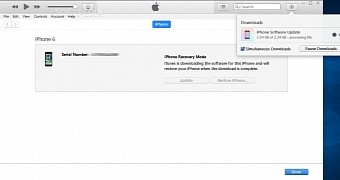 Apple released earlier a new stable iOS update for all supported iPhone, iPad, and iPod touch devices, versioned 10.2.1, but you won’t receive this version on your device if you’re using the last Beta or Public Beta build.

iOS 10.2.1 is the first point release to the iOS 10.2 series. It received a total of four Beta/Public Beta versions during its entire development cycle since mid-December last year. The last one was seeded only ten days ago.

Like many of us running the iOS 10.2.1 Public Beta 4 release, it turns out you’ll not receive the final version of iOS 10.2.1, which some will say it’s identical with the last Beta, but what if your device is not working properly and you are still experiencing bugs.

For example, we found out that, since we’ve installed the last Public Beta versions of iOS 10.2.1 on our iPhon… (read more)